Why I Had LASIK: Dr. Joseph King Tells His Personal Vision Correction Story 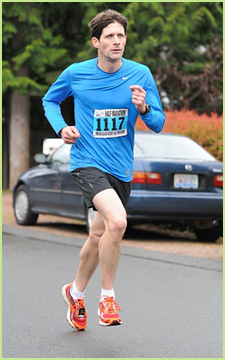 I was fortunate to make it through grade school without the need to wear glasses. I didn’t realize that my vision was not clear until I was 21 years old and in my first year of medical school at the University of British Columbia in Vancouver, Canada. While attending anatomy lectures, I began to have difficulty seeing lecture materials presented on the projector screen at the front of the lecture hall while my nearby classmates could read the material easily. I adapted by moving closer to the front of the lecture hall. Eventually I sat in the very front row. Later, while taking an elective course at medical school at Stanford University in California, I saw my uncle, an optometrist who practiced nearby. After an examination, he informed me that I needed eyeglasses. He provided me with my first pair of glasses. I remember my amazement at the moment I first placed my first pair of eyeglasses in front of my eyes! I looked out the window and I could see down the street with more clarity than I had ever seen in my life! I was astonished! At first, I was really excited that I could see clearly.

But very soon, I learned that wearing eyeglasses was a real inconvenience. I was a runner, a cyclist and a skier. For most of the time while I was a medical student, I did not own a car and usually rode my mountain bike to the UBC campus in Vancouver’s Point Grey or downtown to Saint Paul’s Hospital and Vancouver General Hospital. Vancouver’s rain would coat my glasses and they would often fog up when I would enter indoors. Wearing glasses during surgery was sometimes challenging, as the glasses would slip down my nose. I enjoyed skiing at Vancouver area mountains like Cypress and Grouse and in Whistler. Wearing glasses under my ski goggles was not only cumbersome, but it provided poor-quality vision — especially when snow or moisture would get under the goggles.

Dissatisfied with glasses, I tried soft contact lenses, but my eyes were so dry that I could not wear them without significant discomfort. On the occasions when I would need to sleep with contacts, while on call at the hospitals as an intern and resident, I would awaken with very dry, gritty eyes. I couldn’t wait to have my stinging contact lenses removed. Moreover, due to my significant astigmatism, I could not obtain great vision with soft contacts. Later, I tried rigid gas permeable contacts, but they were uncomfortable and it took me five to ten minutes to clean and put the lens in my eye! Even with a lifetime supply of free artificial tears and punctal plugs to treat my dry eyes, I was unable to successfully wear contacts. I remember waterskiing and being unable to see the people towing me in the boat ahead — or potential hazards like floating wood debris in the water. While driving the boat or kayaking, for safety reasons, I’d wear glasses, but water drops would stick to the glasses.

When I would compete in triathlons, during the swimming events, I wore no glasses or contacts and I would just follow the lead swimmers. More than once, I wound up being off course due to poor vision!

I was in my fourth year of medical school at the University of British Columbia in 1991 when I first learned about laser vision correction. An ophthalmologist gave a lecture to the class and he discussed a new procedure: PRK laser vision correction. At that time, there were only a small number of places in the world where laser vision correction was being practiced, and Vancouver Canada was one of the main centres in North America. (It would be several years later before the FDA would approve the procedure in the United States). I was fascinated. I took electives in ophthalmology and my interest in the field grew. In 1992, at age 24, I completed medical school at the University of British Columbia.

After medical school, I completed a one-year internship in Victoria, British Columbia. Then, I applied to ophthalmology residency programs and I was accepted to a program at Case Western Reserve University, St. Luke’s Medical centre in Cleveland, Ohio. It wasn’t easy to leave Victoria and Vancouver Island for inner city Cleveland! By then, I was wearing glasses full time. In Cleveland, as a resident, I learned about radial keratotomy (a procedure that was popular at the time in the United States), where multiple cuts were placed in the cornea to correct refractive errors like nearsightedness and astigmatism. But compared to the laser vision correction procedures that I had heard about, this seemed incredibly invasive and inaccurate. After graduating from my ophthalmology training program in 1996, I completed another year of training at the University of South Florida. It was there that I completed my first laser vision correction procedure. 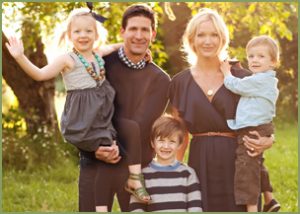 Although I was a little anxious about having my first medical procedure performed, my LASIK procedure was surprisingly easy. Just 15 minutes after the procedure, I could read the computer screen at the office! I experienced several hours of watery, sensitive eyes, but after sleeping for a few hours, I awakened and I could read the digital clock on the radio across the room! Woohoo!! The next day, I saw leaves on the trees that I had never seen before. The very next day, I was performing LASIK with clear vision that was better than I had ever had before. For a few weeks I experienced very mild glare and dry eye that is sometimes experienced after LASIK. I was amazed and incredibly happy with my vision. I haven’t worn glasses since.

Life without glasses has been great. As a father of three young children, I appreciate being able to swim and play with our kids free of glasses. As a busy professional, I am happy I don’t have to bother with glasses, contact lenses, solutions and the associated dry eye. As a runner, kayaker, snow skier, cyclist, and water-skier, freedom from glasses and contacts has made it a lot easier to enjoy my lifestyle. Several years ago, my wife and I hiked the West Coast Trail along Vancouver Island’s western coast. I can’t imagine wearing or cleaning contact lenses during a remote multi-day camping and hiking trip and, as in many other situations, losing one’s glasses could be a real safety concern.

Improving my own vision with LASIK has been one of the best things I have ever done in my life! It would be a great privilege to help you enjoy freedom from glasses and contacts.